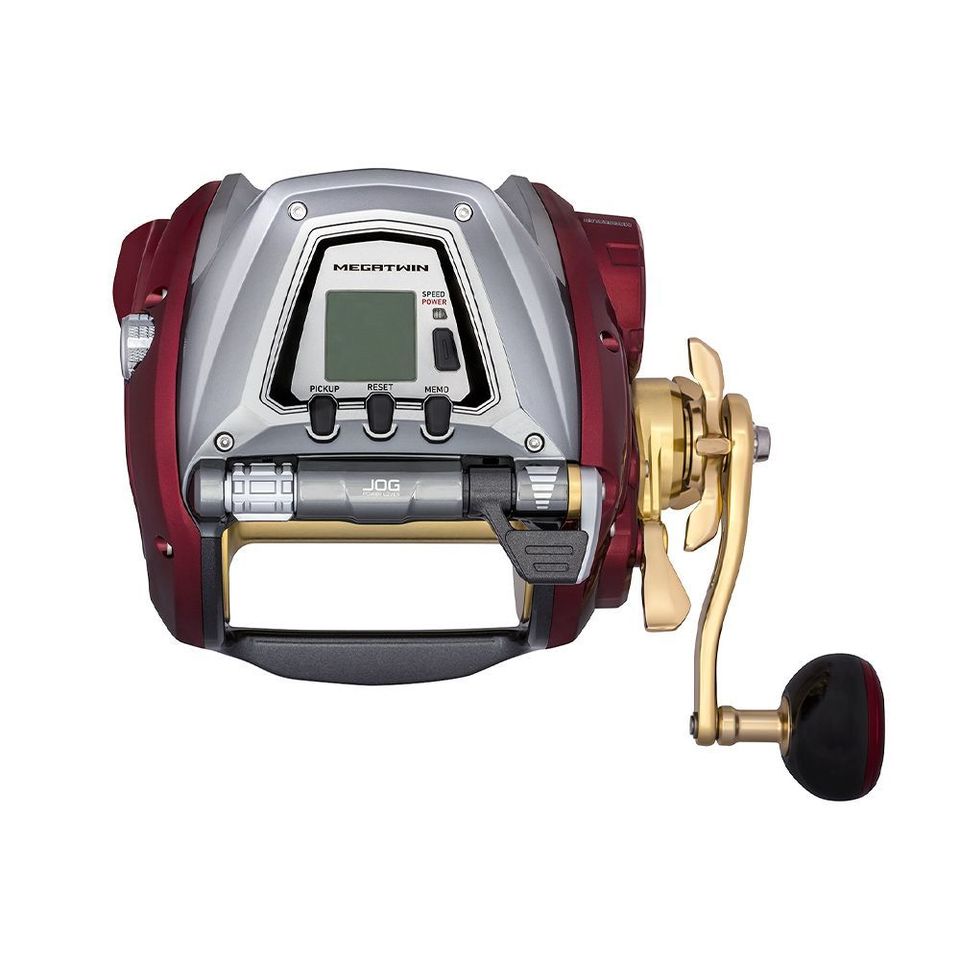 Feel the excitement, feel the power, feel the evolution, feel alive. The Seaborg 1200MJ is the culmination of Daiwa's electric reel design and innovation. Featuring a new custom motor with approximately 1.3x more power than previous models, the Seaborg has unparalleled smoothness and speed.
Price:
NZ$ 2,399.99
Not Available

An original two gear ratio system allows effortless switching between mega-power and mega-speed modes at the push of a button, while a massive ATD drag system, cooled by an aluminium radiator, is capable of putting out a massive 33kg of drag pressure. Magsealed bearings minimise saltwater intrusion to improve long-term durability and smoothness. The Seaborg sets a new standard as the ultimate electric game reel.

The strength of Seaborg's new custom motor is in the same class as the mighty Marine Power 3000. Powerful and fast, quiet and smooth, it has an output of approximately 1.3 times greater than previous motors. A new aluminium composite housing has been designed to maximize the release of heat and keep the motor cool, ensuing that the power is available all the time.

Employing a totally redesigned two gear ratio system, users can switch effortlessly between mega-power mode and mega-speed mode by simply touching a button. With this functionality, an angler can alternate to the best setting easily, adapting to the situation.

The ATD drag system is a combination of seven large carbon washers and improved drag grease. The new grease exhibits a low viscosity at rest, yet becomes more viscous immediately after drag start up. This reduces initial drag start-up inertia. When combined with the structural changes to the ATD Drag washers, this results in a smoother stronger drag from the initial hook up, allowing you to concentrate on the fight. This tough drag function will adjust according to the pulling of fish.

The new Seaborg Jog Power Lever system is designed for stand up fishing techniques. With the standing fight concept in mind, the Jog Lever will allow an immediate response to fish movements. When standing with the outfit in your right hand the lever can be controlled with your left thumb. Alternatively when using your left hand to hold the outfit, pinching the lever with your right hand will allow you to control the reel easily. This functionality allows you to continuously lead the fight against your target.

Out in the field it can be tough to read anything on an LCD screen due to sun glare or sunglasses. The Seaborg's LCD screen displays large letters/numbers and uses a dotted LCD screen to make it easier for anglers to see the display. Line input procedures are selectable in English language.

For ultimate deep water then the 1200MJ is the ideal choice. Its massive line capacity combined with sheer power is ideal for fishing the deepest waters of the ocean. The Seaborg sets a new standard for what is possible with an electric reel.