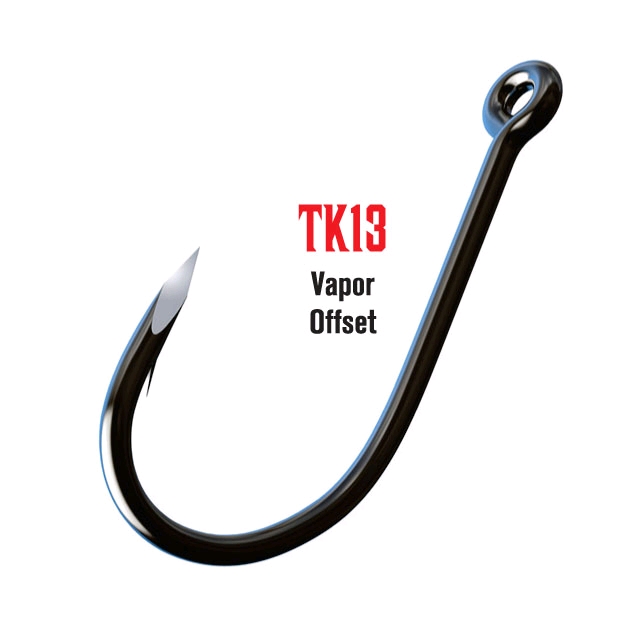 or four interest-free payments of $4.50 with

Or make 10 weekly interest free payments of $1.80 with

This style hook is at home landing big West Coast Snapper or toothy Kingfish on the East Coast.

Designed to withstand heavier lines and gear, the stout diameter of the TroKar Vapor hooks
beg to be tested and toiled with the most aggressive fish available.

Offered with a 18° reverse offset shank, the TroKar TK13 Vapor is suitable to a variety of fishing techniques and situations with its wide breadth of sizes from 1/0 - 7/0.

Suitable for tying large saltwater streamers as well as chunking live bait, the TroKar Vapor has already seen success on a multitude of fishing platforms.

With the larger sizes, 4/0 - 7/0 coming with a fully brazed eye to eliminate line chaffing and slippage, the TroKar Vapor has catapulted itself into the top straight-shank bait hook on the market.

Penetration? Game over! Lazer TroKar has no competition in this area and the results are tangible, with increased hook up and landing ratios regardless of hook style, technique or skill level.

Plain and simple, the Lazer TroKar Vapor hooks will button up the lips and staple them shut!

Trokar hooks are made in the U.S.A.