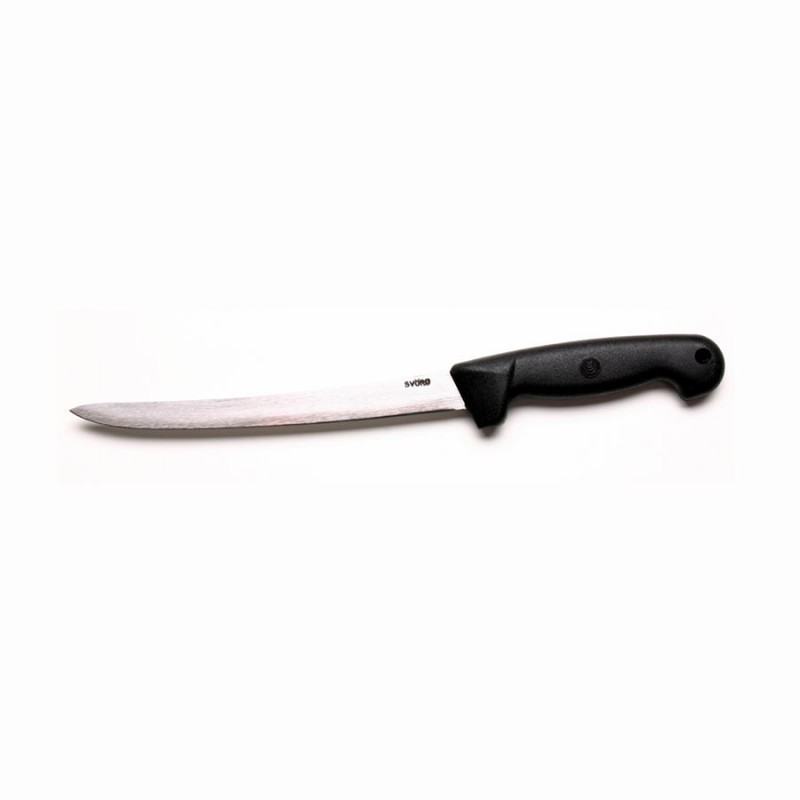 The ultimate filleting knife. Captain Cook used carbon steel knives on the Endeavour during his voyages to New Zealand, and for the next 150 years the most favoured knives were fashioned from carbon steel.
Price:
NZ$ 79.99

or four interest-free payments of $20.00 with

Or make 10 weekly interest free payments of $8.00 with

Captain Cook used carbon steel knives on the Endeavour during his voyages to New Zealand, and for the next 150 years the most favoured knives were fashioned from carbon steel.

But in 1913 Harry Brearley, a metallurgist of Sheffield, England, invented stainless steel. He was known as the inventor of knives that won't cut. Ever since, fishermen, outdoorsmen and chefs have had to put up with stainless knives that are simple and cheap to make - but don't cut and are difficult to sharpen.

At Svord Knives, Bryan Baker insists on using old-fashioned high-carbon steel in the manufacture of all his knives including his new Kiwi Fish Fillet Knife. Once a fisherman uses a carbon steel knife he would treasure that knife because of its ease of sharpening and its ability to cut clean fillets from school fish including snapper through to larger game fish such as kingfish and marlin.

Fishermen often ask how to stop the knives from rusting. The answer is simple - keep the knife coated with fish oil such as cod liver oil, or vegetable oil such as olive oil, soya oil or even Vaseline or CRC tackleguard.

In the days of Captain Cook, fishermen would keep a wooden pail of sawdust nailed to the deck of the ship. The sawdust was saturated with fish oil or even whale oil. Into this fishermen pushed their knives after use.