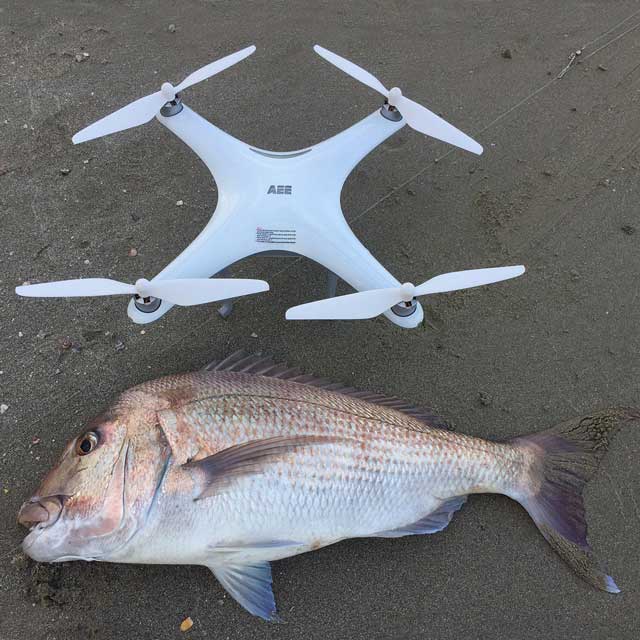 We fished three times at Uretiti with the AEE Condor fishing drone between the 12th and 20th October.

The fishing was great, Ian James from the Paul's Fishing Systems Shop and I fished an AEE Fishing Drone on the 14/10/2019.

We used mullet baits and caught eight snapper up to 5.3kg and a gurnard. The winds were Northeast up to 15 knots and the sea was almost flat. The best catches were two hours either side of high tide. 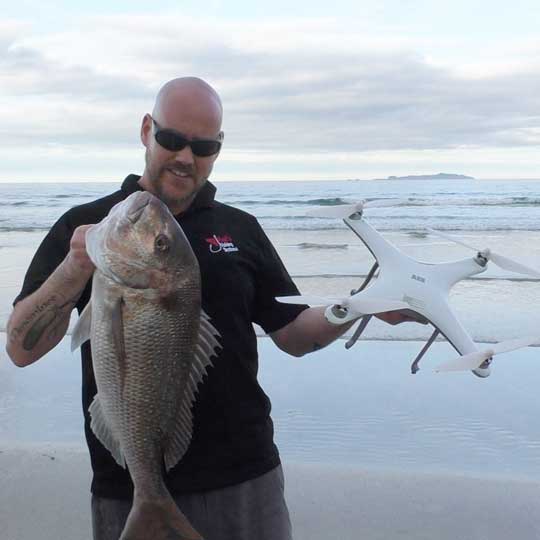 The winds were Northeast up to 15 knots and the sea was almost flat. The best catches were two hours either side of high tide.

Photo below shows the days catch. 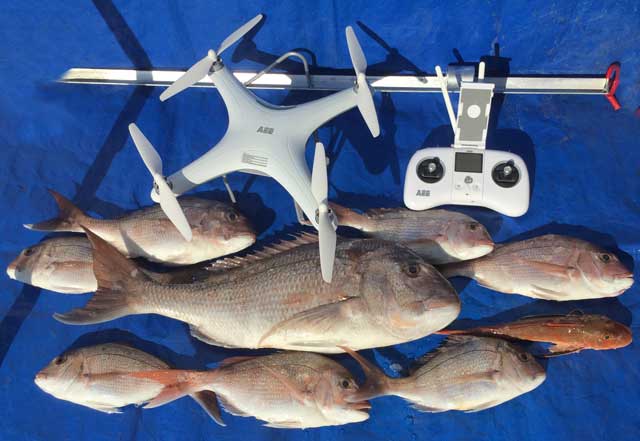 The video of Trip 1 is on YouTube here https://www.youtube.com/watch?v=l-q8331Ygxg

A few days later I went up again and met Geoff and Rose Hewinson who had just hauled in a 1000 metre 25 hook kontiki set, none of their baits had been touched.

I asked if they wanted to watch a six hook drone set. Within 10 minutes of our first 500 metre drone cast we had a big strike and Geoff wound in the 4.5kg snapper below.

After catching this fish Geoff decided to give his kontiki another 1000 metre set exactly where we were fishing. He caught one gurnard but none of his other baits were touched. The snapper was caught with the tide 2 hours outgoing. 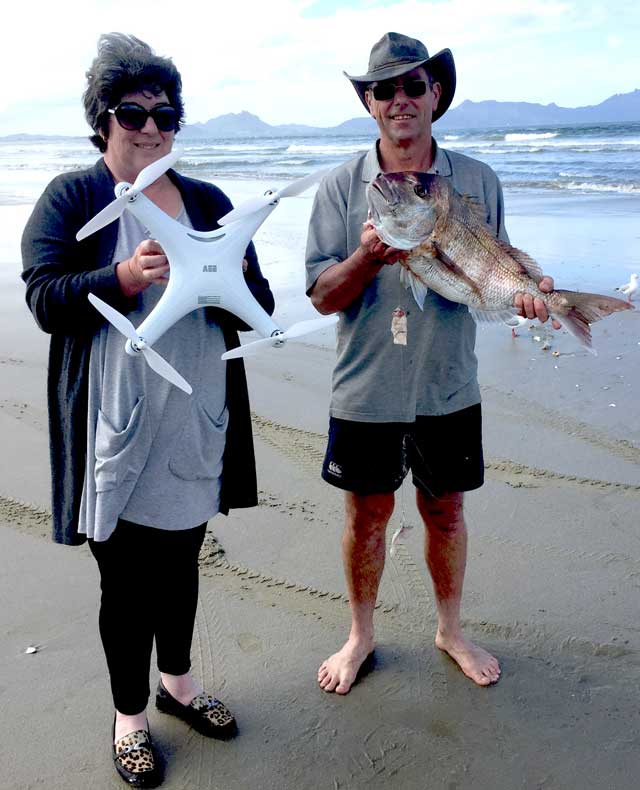 I went back to Uretiti last Sunday with Zhonghai Gou and his wife Sharron and we caught three fish from three sets. Video coming soon! The biggest snapper of the day pictured below weighed in at 3.6kg. Three snapper total were taken around one to two hours after high tide on fresh mullet baits. 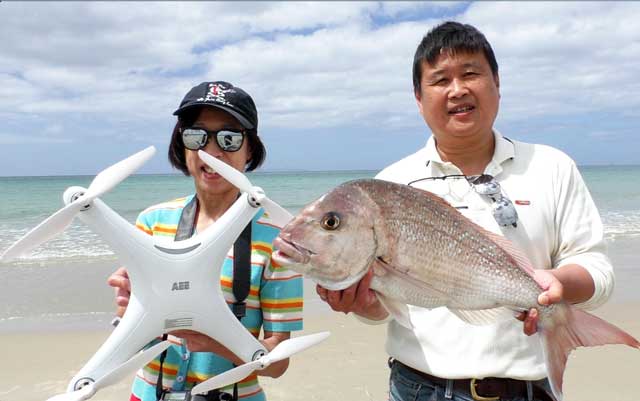 I am hoping to do another demo at Uretiti on this Saturday, 26th October 2019. High tide is 6.15pm so the demo will run from 3.00pm till Sunset if the weather is good.

I am trying to get a really big drone caught snapper on video so I will use big hooks and large baits on one of the rods and normal gear on the other rod. A big kingfish is also possible as I will be trying to catch live baits.

If you want to attend the demo call Paul or the shop on Friday after lunch to find out exact time and the area of Uretiti Beach will will be fishing.